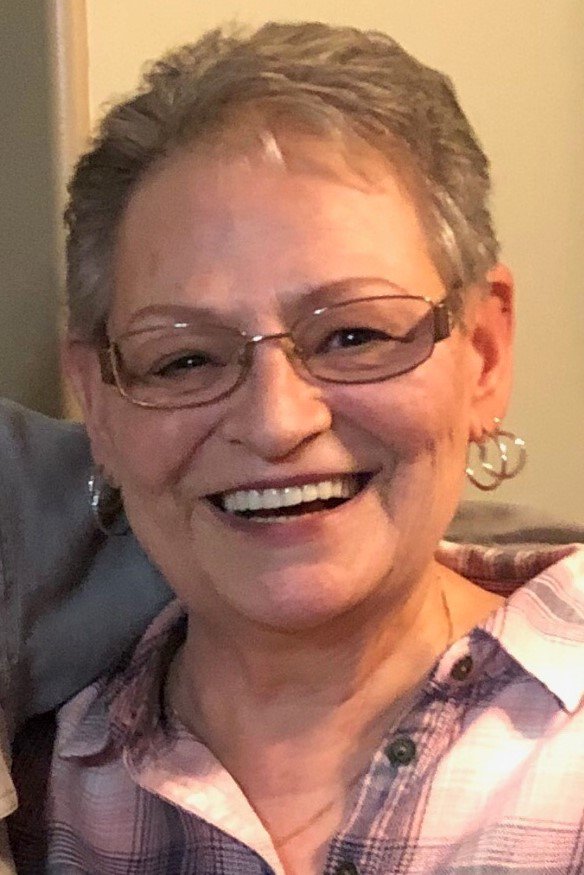 Corrine (Corkey) Leeann Weyand was born in New Jersey on January 29, 1952.   She was the daughter of Helen (Glamuzina) Weyand.   In September 1997 she was joined in marriage to Patrick Salvador Linkes.   She devoted her life to taking care of her home and family.   Corrine loved to spoil her grandchildren and indulge their every whim.  She was lovingly known as “Memaw” by her grandchildren.  She texted them often with bits of wisdom and life lessons.

Corrine enjoyed attending Bluegrass Festivals, her favorite festival was at K C Campground in Milan, Michigan, with a very large family base that attended.  She enjoyed swimming at her own backyard oasis.   Corrine could be found at the Knights of Columbus Hall in Monroe most Tuesday nights trying her luck at Bingo.   Always put together, she would coordinate her meticulously manicured nails for every holiday and event.   An animal lover, Corrine, was a strong supporter of the Humane Society.   She had a beloved canine companion for many years, a pet Pitbull, “Budger”, who was a very lovable dog.   Corrine also shared her home with a feline friend, “Wannabe”.

Corrine Leeann Linkes, age 69, of Newport passed away at 8:01pm on Wednesday; June 30, 2021, at ProMedica Toledo Hospital.   In addition to her own passing, she was preceded by her mother: Helen Weyand.

To send flowers to the family or plant a tree in memory of Corrine Linkes, please visit Tribute Store
Tuesday
6
July