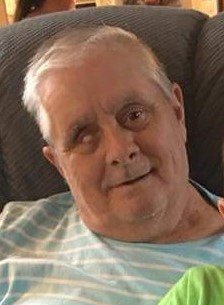 Charles Witfoth was born on July 16, 1952, in Monroe, Michigan. He was the sixth of sixteen children born from the union of Robert and Betty (Vance) Witfoth.  In 1971, Charles would marry the love of his life; the former Vickie Prayther. In 1972, the happy couple would be blessed with the birth the first of their two children: Michele and then later, Charles, Jr. would be born. Charles held many jobs when he was younger including one where he worked for the city of Luna Pier. To support his family, he became employed as a union laborer specializing in flooring, where he remained working for over twenty years. Above anything, Charles loved his family. He especially treasured the time he became a grandfather for the very first time in 1987.

Charles joined the United States Army as a mechanic and he would proudly serve in this capacity until injuring his eye, which forced him to be discharged.  Charles would relish watching action and military combat movies.

Charles was an avid and loyal Detroit Tigers Baseball fan, in fact, he never would miss an opportunity to watch a game on the television. He enjoyed listening to music from the fifties and sixties as well as television shows and movies from the same decades. He also was a big fan of Elvis, listening to the Righteous Brothers and Motown group: The Temptations.

Charles Witfoth, age 68, of Luna Pier, passed away on Wednesday June 16, 2021, at 10:22pm, while under the care of Hospice of Northwest Ohio. In addition to his passing, he is preceded by both his parents; his beautiful bride: Vickie; one brother: Johnny Witfoth; one sister: Judy Krueger.

Online guests may visit www.merklefs.com to leave words of comfort and inspiration or to share a photo.

To send flowers to the family or plant a tree in memory of Charles Witfoth, please visit Tribute Store
Tuesday
22
June

Celebration of Life for Charles Witfoth