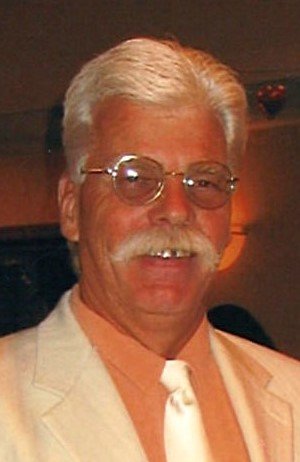 Michael Paul Brewer was born at Mount Sinai Hospital in Detroit, Michigan on September 23, 1949.   He was one of three children, being a twin with brother:  Bernard, born from the union of the late Bernard I. Brewer and the late Ruby Josephine (Horka) Brewer.   Mike graduated with the Class of 1967 from Riverside High School in North Dearborn Heights, Michigan.   He would serve his country honorably as a member of the United States Army from June 16, 1969 until February 5, 1971 being deployed to Vietnam.

Michael married the love of his life the former, Michele Ann Warchol, at the Birch Chapel on Mackinac Island on June 26, 1984.   Michael wasn’t afraid to get his hands dirty, and in fact had a strong work ethic.  He supported his family employed as a master electrician and earned his journeyman’s card.   He worked for a year at the Soo Locks in Michigan’s Upper Peninsula before spending twenty-four years at DTE.   He would retire from the CSX Railroad after spending twelve additional years employed there.

In December of 1992, Mike’s life changed dramatically as he became a born-again Christian.   He read his Bible religiously to strengthen his faith.   Michael shared his faith with any willing to listen and was most privileged to lead his own father to the Lord.   He loved Jesus and was a champion for his Lord and Savior.

Michael was a man of many interests.   While living in Livonia he took a course on stained glass and with his steady hand and keen eye he created beautiful pieces of art.   He also looked forward to spending time on his 1979 full dress Harley Davidson.

Michael was soft-hearted and generous but tenacious with an uncanny ability to stay on task through any obstacles thrown at him.  As a young man he enjoyed fishing with his father and later hunting with his father-in-law:  Walter “Ozzy” Warchol.   He had also performed in the bar scene and numerous wedding and New Year’s Eve events while playing in a rock band.

Michael Paul Brewer, age 71, of Erie passed away on Monday; May 10, 2021 at St. Vincent Mercy Medical Center in Toledo, Ohio.   His passing was preceded by his parents.

To cherish his memory, he leaves his beloved wife:  Michele of Erie; a foster daughter that he adopted:  Lori Brewer; a sister:  Janet (Ernie) Hagen of Hessel, Michigan; and his twin brother:  Bernard Ivan (Maryann) Brewer of Westland.

To send flowers to the family or plant a tree in memory of Michael Brewer, please visit Tribute Store
Wednesday
19
May