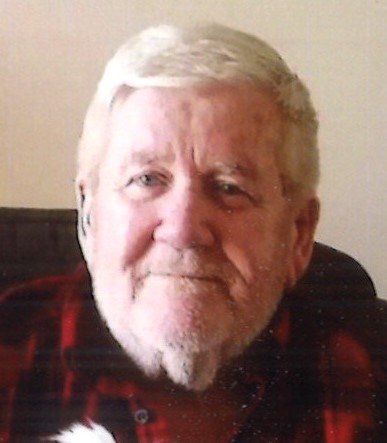 Kedric Fairchild was born on April 28, 1942 in Richmond, Indiana. He was one of four children born from the union of Lloyd and Flossie (Baldwin) Fairchild.  After the passing of Flossie, the family would move to Michigan’s Upper Peninsula where Kedric would attend and graduate from Detour High School.

Kedric was not one to be afraid of hard work.   He obtained employment at the Stone Quarry on Drummond Island and worked as a shuttle operator for Bethlehem Steel for twenty-eight years.  A true handyman, Kedric, filled his off time by cleaning chimneys and maintained cabins for seasonal property owners.   Cutting trees, with his son, Charles was another task Kedric looked forward to completing.

Growing up on an island, Kedric, had a true appreciation for his natural and peaceful surroundings.  For many years he enjoyed hunting, but over the course of his life he traded his deer hunting rifle for a feed bag. He also would spend countless hours observing the birds.   Kedric even enjoyed all that Northern Michigan winters had to offer, whether dropping a line in frozen Drummond Lake or racing through the trails on a snowmobile.   From late April until early June, Kedric would pick Morell mushrooms, knowing that May was the prime time for picking the delicious delicacies.

Following Kedrics retirement, he moved downstate to Monroe, Michigan.   It was this move that prompted his interest in shopping.   Kedric said he collected “antiques”, although his family said truthfully his treasures were usually local garage sale finds.   He frequently purchased a new car; he just really loved that new car smell.

Not one to sit still, Kedric took a position at Rawson Place in Dundee as a maintenance manager.  Working with the senior crowd, it was here that, Kedric, felt he had found his true calling.

Kedric Fairchild, age 78, of Monroe passed away peacefully at his home, surrounded by his loving family on Wednesday; March 24, 2021 at 4:22am.   His passing was preceded by his parents and two brothers: David and Thomas Fairchild.

A memorial service and burial will take place in the Spring on Drummond Island.   Merkle Funeral Service, North Monroe; 2442 North Monroe Street, Monroe, Michigan 48162 (734) 384-5185 was entrusted with his care.   Online guests may visit www.merklefs.com to leave words of comfort and inspiration or to share a photo.

Share Your Memory of
Kedric
Upload Your Memory View All Memories
Be the first to upload a memory!