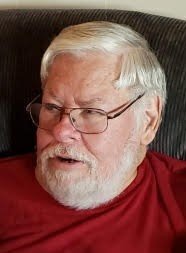 Dale Daniel McDonnell, Jr. was born on March 3, 1954 in Monroe, Michigan. He was one of five children born from the union of Dale Lewis and Joyce (Kopke) McDonnell.

To exercise his mind, Danny would read. He enjoyed reading anything from various magazines to the daily newspaper and everything in between. He would also become engrossed in watching documentaries. He really liked delving into the reality of these films.

Danny was a fan of the arts; he appreciated all art, but paintings were his favorite. He would also, himself, dabble in drawing. Inspired and motivated by his idol, Nikola Tesla, Danny was constantly inventing new things. He once made a cannon, that bubbled and smoked, out of an old garbage can. He used this invention as a display at his house for Halloween, which was his favorite holiday by far. He looked forward to this holiday as he would go “all out” and dress up in costume for the Trick or Treaters.

A tradition Danny and his family enjoyed was to attend “Sunday’s at mom’s house”. This day is where the family would get together for a meal and later play a very competitive game of “Hillbilly Rummy”. Danny often said, “there is no love in cards” which translated into he did not want to throw a game so the opponent could win.

Danny was a collector of things, especially things small in size, pigs and Santa items.

Danny was a talented woodworker; he was constantly building something. In fact, he recently finished a tree house in his backyard.

Dale Daniel McDonnell, Jr., age 66 of Dundee passed away at St. Joseph Mercy, Ypsilanti on Saturday August 22, 2020 at 4:08 p.m. In addition to his passing, he is preceded by his father.

Friends may gather from 12:00p.m.-2:00p.m. on Wednesday August 26, 2020 at Merkle Funeral Service, Dundee: 297 Tecumseh Street, Dundee, Michigan 48131 (734) 529-3156. Due to the Covid-19 pandemic and State of Michigan Mandates, guests will be limited in number and face coverings will be required for entry into the facility. Services will take place on Wednesday August 26, 2020 at 2:00p.m. also at Merkle’s, with Reverend Ken Papenhagen presiding. A procession to Maple Grove Cemetery will follow services. Online guests may visit www.merklefs.com to share a memory, words of comfort or a photo.

In lieu of flowers memorials are suggested to the McDonnell Family to assist with funeral arrangements. To make a donation, please copy & paste the following fundraiser link:  https://fh.socialfuneralfundraising.com/fundraiser/dale-mcdonnell-jr?43  to your internet web browser’s address bar.