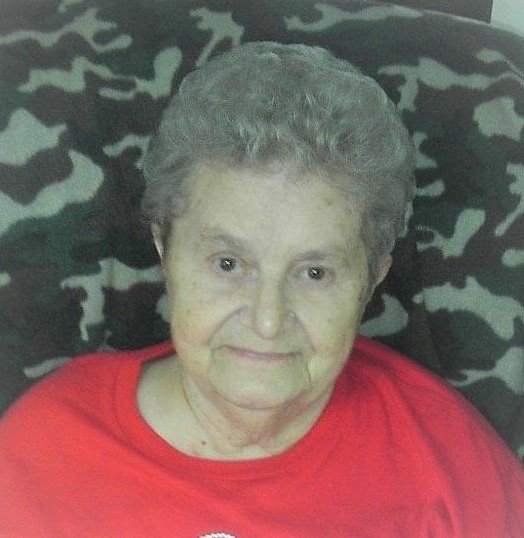 Peggy Joyce Lawson was born in Williamson, West Virginia on September 17, 1934.   She was raised with one sister and seven brothers born from the union of the late Julius Lawson and the late Nokia (Lambert) Lawson.

At the age of 17, she married Cecil Thompson on April 21, 1952 in Aflex, Kentucky.   The couple would be blessed with the birth of five children and Peggy would care for the needs of her husband and children as a homemaker.   Peggy and Cecil would make their way to Monroe in the mid 1950’s.

Peggy was a wonderful wife and mother.   She was an excellent cook, and her family often raved about her green beans, fried potatoes, pinto beans and cornbread, and biscuits and gravy.   Peggy enjoyed filling her free time with her favorite television shows.   She loved to watch cooking shows especially, Guy Fieri and “Diners, Drive-ins, and Dives”.   Peggy loved to play along on the Gameshow Network with Family Feud being her favorite and Steve Harvey her preferred host.

Peggy enjoyed sharing her home with four legged companions.   The Thompson’s always had small breed pups to liven their lives.   To challenge her mind and artistic abilities, Peggy, enjoyed working on coloring adult coloring books and word search puzzles.   If Peggy had one vice in this world it was certainly catalog shopping.   She often ordered a plethora of items and once attempted to return a stack of clothing with a single stamp!

Peggy Joyce Thompson, age 85, of Monroe passed away at ProMedica Monroe Regional Hospital on Thursday, June 4, 2020.   In addition to her parents her passing was preceded by her husband in 1998; great granddaughter:  Kaylynn Cecile Waller; and her 17 year old, Chihuahua, Buddy, who passed away on February 14 of cancer

To send flowers to the family or plant a tree in memory of Peggy Thompson, please visit Tribute Store
Tuesday
9
June

Contribute by sharing this page