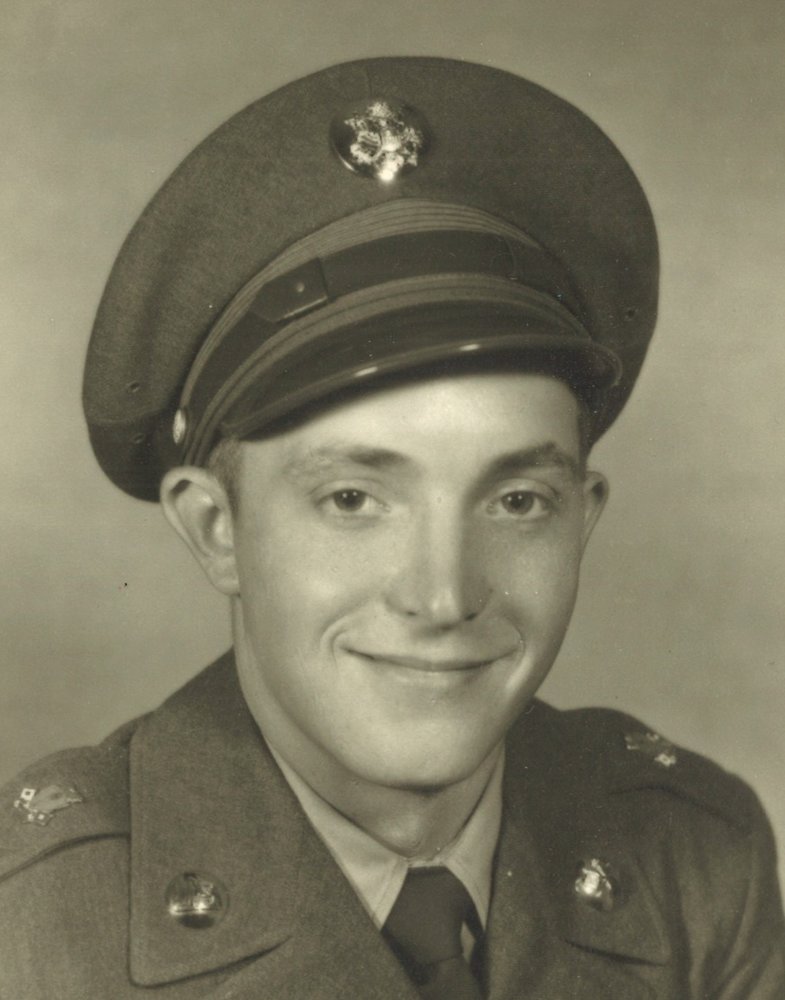 Gerald Joseph Etue was born May 16, 1932 in Erie, Michigan.  He was one of ten children born from the union of the late George Etue and the late Beatrice (Cousino) Etue.  Gerald attended St. Joseph Catholic Elementary School and graduated from Monroe High School.  He went on to Honorably serve in the United State Army during the Korean War receiving the following medals:  Korean Service Ribbon, two Bronze Service Stars, United Nations Service Medal, National Defense Service Medal and awarded the Meritorious Unit Commendation. He was also a lifetime member of the VFW Post 3925.

At his home in Erie, Gerald was a Tomato Farmer and sold his produce at the Detroit Eastern Market for many years.  By day he was a hard worker employed by Dana Incorporated. After retirement, he worked for Nowatzke Trailer Sales.  He moved to Detroit and discovered Colombo’s Coney Island in Detroit and it became his favorite spot. He will be missed by Elda and Nick Hyseni, the owners who are his dearest friends.

Gerald kept to himself mostly; however, he cherished time spent with his children throughout the year. In his quiet time, Gerald enjoyed watching his favorite movies and television shows.

Gerald Joseph Etue, age 87, of passed away at on at Beaumont Hospital-Royal Oak.  In addition to his parents, he is preceded by his son: Joseph Etue; five sisters:  Rosemary Riehle, Jeanette Sulewski, Jean Boudrie, Carol Evans and Sandra Frome[JR1] ; three brothers: George Etue, James Etue and Thomas Etue; and a grandson: Shane Hubbard.

Gerald will lie in state at until The Mass of The Resurrection at on at St. Joseph Catholic Parish, 2214 , Erie.  Procession will follow to St. Joseph Cemetery, Erie where graveside services will be under the auspices of Erie Veterans of Foreign War Post 3925.

Memorials are suggested to the Erie Veterans of Foreign Wars Post 3925.

To send flowers to the family or plant a tree in memory of Gerald Etue, please visit Tribute Store
Saturday
21
December

Mass of The Resurrection