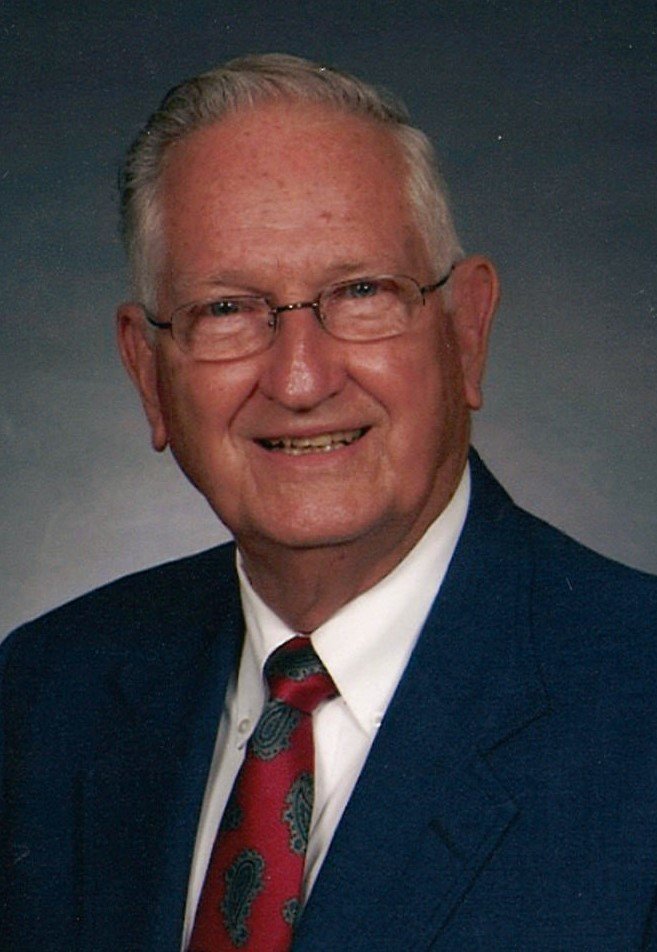 William Clarence Miller was born in Toledo, Ohio on August 14, 1928.   He was the third oldest of eight children born from the union of the late Clarence and Veronica (Carl) Miller.   He graduated from Maumee High School with the Class of 1947, and later attended classes at the University of Toledo.   Bill served his country honorably in the United States Army during the Korean War, stationed in Germany.

As a young man he took a position as credit manager for Toledo Scale.  This would turn out to be a life changing experience since he would meet his future wife, Theresa Ravary who was also employed there.   They were wed on August 28, 1954 at St. Joseph Catholic Church in Erie.   He would later take employment with Monroe Auto Equipment retiring on March 31, 1992 after many years of service.

Bill was active in his parish for many years serving as an usher, singing in the choir, and had been a volunteer for the Labor Day Festival working the Country Store for more than fifty years.   He was a member of the Bedford and Luna Pier Seniors and the Erie Friendship Club where he enjoyed playing cards.   He loved traveling and visiting the family’s Lewiston cottage.   An accomplished gardener, Bill was always proud of his fifty plus tomato plants.

Bill, 91, of Erie passed away on Friday, September 20, 2019 at his home under the care of Hospice of Northwest Ohio.   In addition to his parents his passing was preceded by seven siblings:  Betty Franchina, June Evans, Dolores Wheeler, Jane LaFontaine, JoAnn Robertson, John Miller, and Patricia Fitzpatrick; sister-in-law:  Dolores Beutler; and brother-in-law:  Jim Oneill.

Memorials are suggested to Hospice of Northwest Ohio or St. Joseph School in Erie.   Online guests may visit www.merklefs.com.

To send flowers to the family or plant a tree in memory of William Miller, please visit Tribute Store
Thursday
26
September