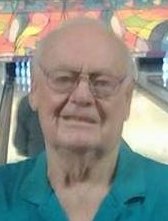 Roger Arthur Bacome was born in LaSalle on October 20, 1939.   He was one of two sons born from the union of the late Harold and Dorothy Ann (Lentz) Bacome.   Roger grew up on the Smith Brothers Farm and was active in Future Farmers of America (FFA) through 4H and his life was centered around farming until his graduation from Monroe High School in 1958.

Roger married the love of his life, Gloria Ann Longenbarger, on April 4, 1959 at Glenwood Lutheran Church in Toledo.  From this union came the birth of three children.   Roger was a great husband and cared deeply for his children and grandchildren.   He worked hard to provide for his family and was employed as a Hi/Lo driver for Ford Motor Company in Monroe for thirty years, retiring in 1988.   Roger then went on to obtain his cosmetology license from the Toledo Beauty College, something that he was extremely proud of.

Roger enjoyed staying very active.   He was an avid hunter, fisherman, and motorcycle rider and racer. He belonged to the Dux and Blackhawks motorcycle groups.   Roger also bowled with three retiree leagues at Monroe Sports Center and managed the Bay View Retirees Golf Course in Point Place for several years.

Roger also enjoyed spending time with his granddaughter, “Izzie”, attending all her activities.    He was a strong supporter of 4H and was very proud when Izzie earned her FFA jacket.   He also liked to garden, cook, and play euchre.   Roger always lived life to the fullest on his own terms.

Roger Arthur Bacome, age 79 of Erie, passed away at his home on Sunday, December 2, 2018.   In addition to his parents, his passing was preceded by his daughter: Elaine Aufdenkampe.

Friends may gather on Thursday, December 6, 2018 from 2:00pm-8:00pm at Merkle Funeral Service, Erie; 9156 Summit Street (734) 848-5185.   A Celebration of His Life will be held at Noon on Friday, December 7, 2018 also at Merkle’s with Ordained Reverend Michael McLaughlin of St. Paul Missionary Baptist Church officiating.   Procession will follow to Roselawn in LaSalle for entombment.

Online guests may leave words of inspiration and comfort, share a photo, or send a floral arrangement by visiting www.merklefs.com.