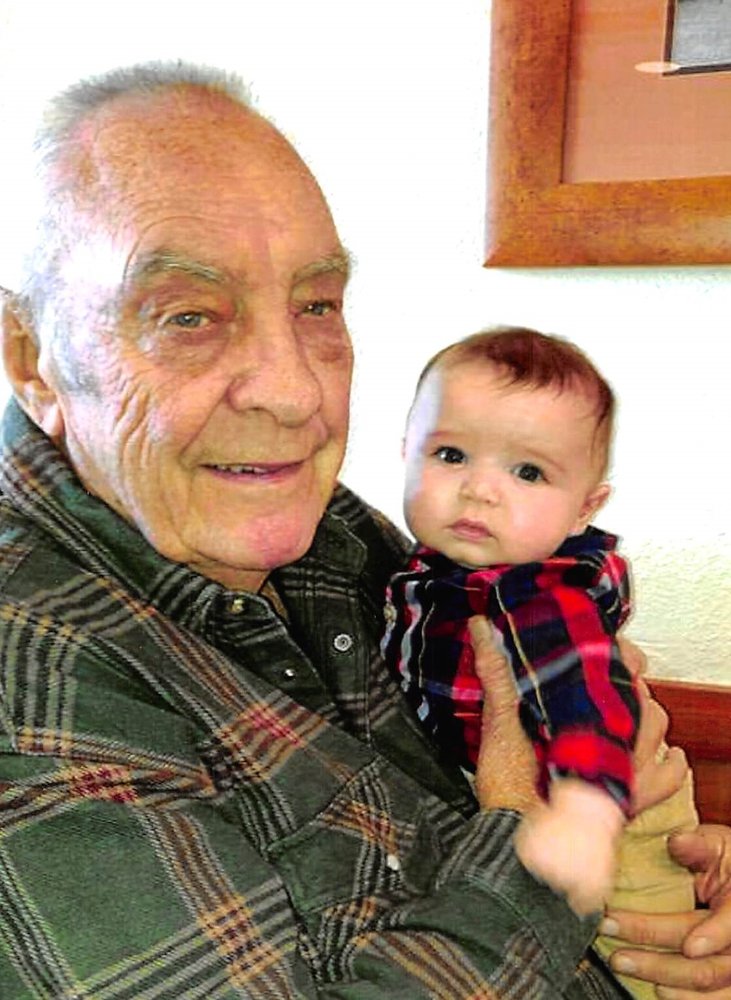 Kyle Eugene Williamson was born on July 2, 1942 in Speedwell, Tennessee. He was one of eight children born from the late Emmitt Williamson and the late Violet (Berry) Williamson. After graduating high school at the age of 18, he decided to move to Michigan on his own to pursue better working opportunities.

Kyle married the love of his life, Florence Williamson in 1964. From this union came the birth of their three children. To support his family, he worked for over thirty years at Chrysler as a Boiler Operator.

Kyle stayed true to his Tennessee roots and loved playing his guitar and listening to bluegrass music. He enjoyed being outdoors and spent that time tending to his garden or fishing whenever he could. He received his spiritual nourishment by attending church and studying his bible. He also had a love for dogs whether they were his own or someone elses.

He was a good and kind person who would help anyone. He was always around when someone needed him. He had a funny sense of humor, making him loved by everyone who met him. He was a family man and enjoyed spending time with his children, grandchildren and great grandson. He will truly be missed by many.

Kyle Eugene Williamson, age 75, of Monroe, Michigan, passed away Friday, December 29, 2017 at 9:22 pm at St. Vincent Mercy Memorial Hospital in Toledo, Ohio. He is preceded in death by his wife Florence, of 46 years; his son Roger Williamson; his parents; his two brothers and one sister.

To cherish his memory, he leaves behind his daughters: Malinda Williamson and Yvonne (Patrick) Flynn; his grandchildren: Ann Simpson, Violet Simpson and Patrick Flynn, Jr.; his great grandson: Cameron Shively; his brothers: Fred, Danny, Grover and Calvin Williamson and many extended family members and friends.

Friends may gather from 12:00pm until 2:00pm on Tuesday, January 2, 2018 at Merkle Funeral Service, 14567 South Dixie Highway, Monroe 48161 (734) 241-7070 until a Celebration of His Life at 2:00pm with Pastor Tim Iocoangeli from Monroe Missionary Baptist church to officiate. Burial will take place at Roselawn Memorial Park in LaSalle, Michigan immediately following the service.

Online guests may leave words of inspiration and comfort, send a floral arrangement or share a photo by visiting www.merklefs.com.