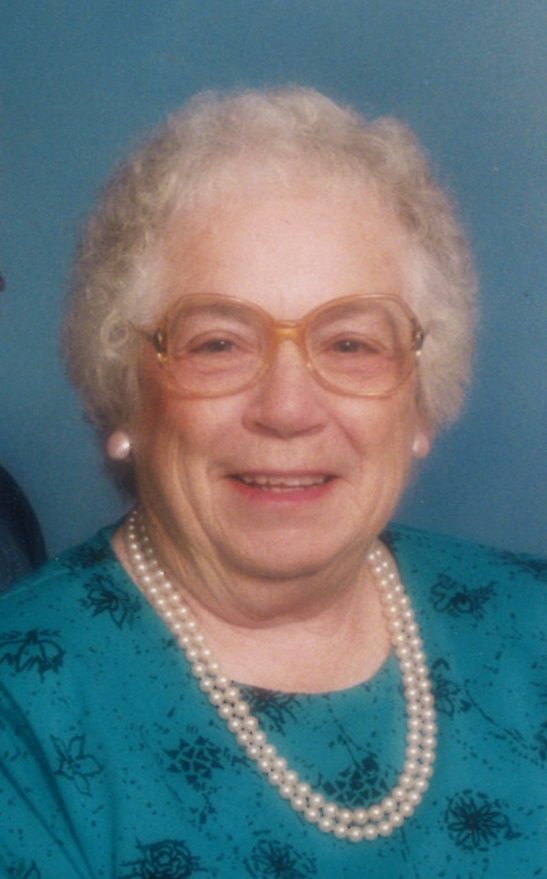 Betty Louise Folk was born on January 20, 1925 in Erie, Michigan.  She was one of ten children born from the union of the late Alva Folk and the late Anna (Mominee) Folk. To support her family, she worked at DeVilbiss Corporation for twenty-five years as a factory worker.

Betty Louise Holtz married the love of her life, Clayton John Holtz September 1, 1945. She cared deeply for her family and did everything she could to make sure that everyone was well taken care of. Betty and Clayton were married for 68 years until his passing in 2013.

Betty enjoyed spending time with her family and friends. She always looked forward to her camping trips with her sister and two brothers. Together, they played a very serious game of Yahtzee, and you were not to interrupt her or her fellow opponents while playing. She also enjoyed playing cards with her family and friends. She loved flowers and was very meticulous when it came to cleaning her house; it was always spotless. Cooking and baking was something she enjoyed doing, especially during the holidays. Every year she would whip up the usual treats including cookies and candy at Christmas time, popcorn balls on Halloween and her homemade tarts on New Year’s. On Christmas she made sure no one was left out when it came time to open a gift. She would buy Christmas presents for everyone in her family.

In lieu of flowers, donation can be made to Promedica Hospice. Online guests may leave words of comfort and inspiration or share a photo by visiting www.merklefs.com.