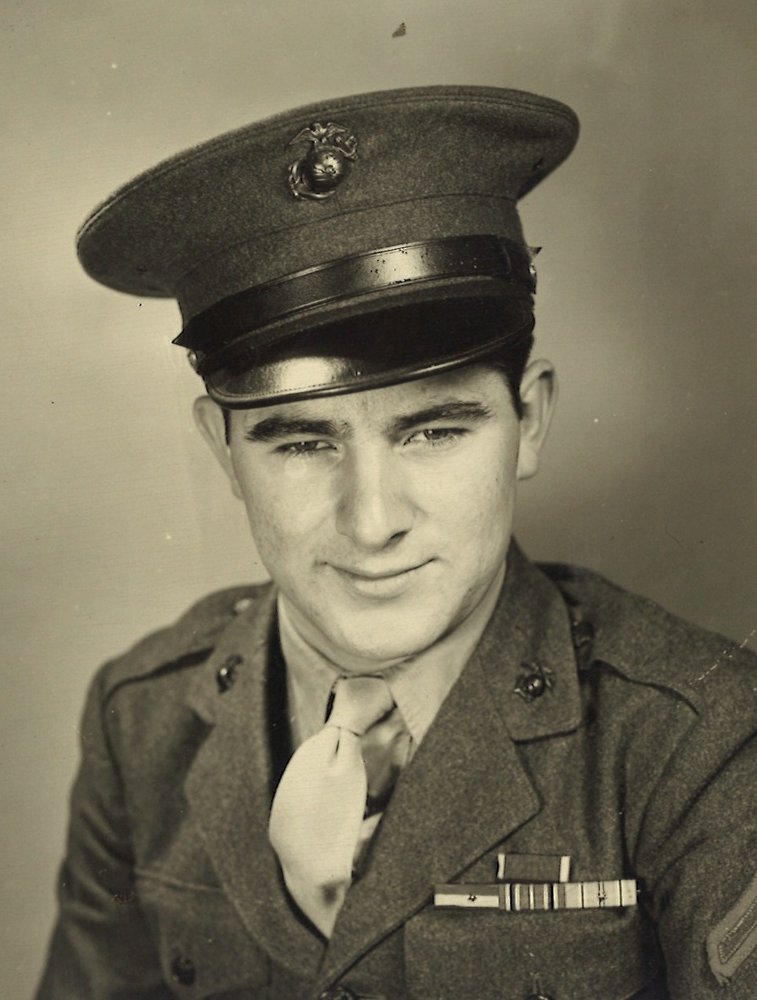 Vincent Joseph Dusseau was born on October 12, 1924 in Erie.   He was the son of the late Carl and Alice (Poupard) Dusseau.   Vincent enlisted in the United States Marine Corp in 1942 to serve his country.   He earned a Purple Heart as a Carlson Raider before being honorably discharged in 1944.

Vincent married the former, Betty Ruth LaPointe, on November 24, 1945 in Erie.   From their union came the birth of four children.   Vince attended Coin Technical School in Chicago.   He worked hard to provide for his family and for more than forty years was employed by the International Brotherhood of Electrical Workers (IBEW) Local 8 retiring in 1986.

A lifelong resident of Erie, his roots were well established within the community.   Vince was an active member of St. Joseph Catholic Church where he served as an usher.   He was a lifetime member of the Erie Veterans of Foreign Wars Post 3925 and an Honorary Member of the Erie Fire Department.   He was also a proud former Rotarian and Erie Little League Coach.

An avid outdoorsman, Vince had a passion for fishing and bow hunting.   He loved to travel on hunting excursions Out West often leading trips for deer, elk, and caribou.   Spending time with his family and planning holiday events and gatherings were favorite pastimes.   Vince was a genuine friend to all.

Vincent, age 92 passed away at 11:46am on Saturday, September 23, 2017 at Vibrant Life Senior Living in Temperance.   In addition to his parents, his passing was preceded by his beloved wife:  Betty; four sisters: Irene Santure, Cedora Rozanski, Angela Amrain and Elenore Grill; three brothers: Felix Dusseau, Carl Dusseau Jr. and Duane Dusseau; and one grandson: Troy Dusseau.

Memorials for those who desire are suggested to Erie VFW Post 3925.   Online guests may visit www.merklefs.com.