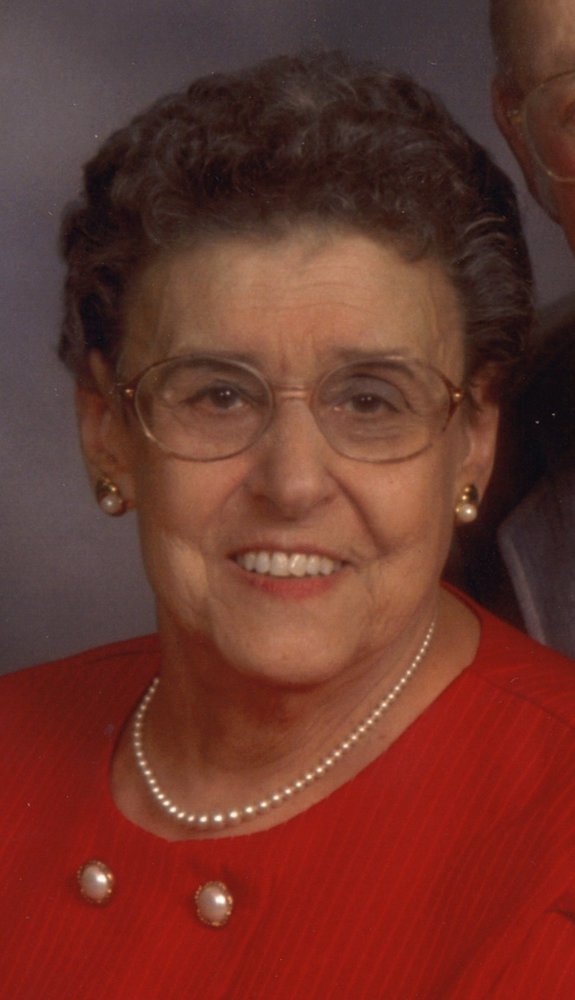 Nonna Joan Meyer was born on Put-in-Bay, Ohio on August 4, 1925.   She was one of three children born from the union of the late Joseph Meyer and the late Libbie (Heuchele) Meyer.   Nonna attended Put-in-Bay High School and graduated with the Class of 1943.

She would marry the love of her life, Carl “Brownie” Brown at Put in Bay on June 17, 1948.   From this union would come the birth of two children; daughter:  Vida and son:  Paul.   Nonna furthered her education attending Beauty School at Werner’s College in Toledo.   She never worked as a beautician but instead would care for the needs of her family as a homemaker.  Nonna always kept a neat home and was very supportive of her loved ones.

She was a member of St. John the Baptist Catholic Church, and in the past had served her community as a member of the Marian Place Board of Directors and served with the Comboni Missionaries.

Nonna Joan Brown, age 92, of Monroe, passed away on Friday, August 18, 2017 at Promedica Monroe Regional Hospital.   In addition to her parents, Nonna’s passing was preceded by her husband Carl in December of 2016; a son:  Paul “Skip” Brown in 1994; her sister and brother-in-law:  Ethelda and Russell Smith; and an infant brother: Joseph Meyer.

Memorials are suggested to Promedica Monroe Hospice or St. Jude’s Children’s Hospital.   Online guests may leave words of inspiration and comfort or share a photo by visiting www.merklefs.com.