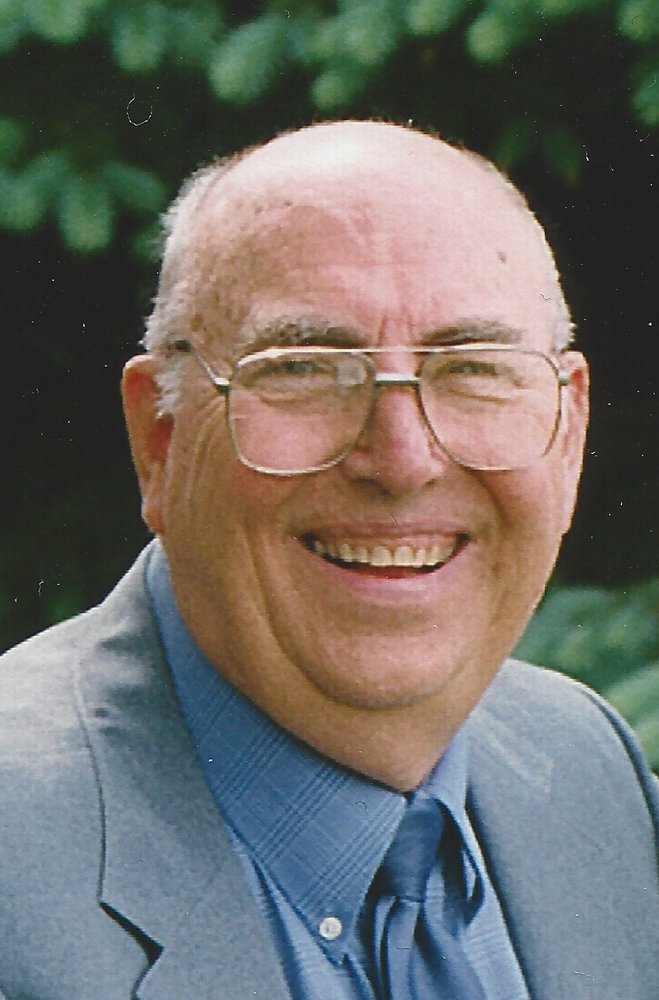 Frederick E. Hoody was born February 20, 1930 in Port Austin, Michigan to the late Anthony Hoody and the late Gertrude (Haney) Hoody.   He graduated from Newberry High School on June 9, 1950.  Fred furthered his education by completing railroad school.   He enlisted in the United States Army and served his country honorably in Korea during the Korean War.

Fred married the love of his life, Helen Padot, on May 22, 1954 at St. Mary’s Parish in Monroe.   They would share in sixty-one years of marriage and the birth of five children before her passing on November 7, 2015.  For forty-two years, Fred supported his family with employment at the DT and I Railroad where he worked as an agent.

Fred enjoyed his summers in the Upper Peninsula of Michigan.   For twenty-five years he traveled to Newberry where he would visit family in Grand Marais, and Peshtigo, Wisconsin.   He loved to be outside and enjoyed hunting and fishing.  Fred and Helen also wintered many years in Gulf Shores, Alabama where they enjoyed missing the snow, feasting on Southern food, and playing cards with friends.

Frederick E. Hoody age 87, of Erie, Michigan passed away at 11:15pm, on Tuesday, July 4, 2017 at the Hospice of Northwest Ohio in Perrysburg.   In addition to his parents his passing was preceded by his beloved wife:  Helen on November 7, 2015.

Friends may gather on Friday, July 7, 2017 from 2:00pm until 8:00pm at Merkle Funeral Service, 9156 Summit Street in Erie (734) 848-5185. A Funeral Service will take place at 10:00am on Saturday, July 8, 2017 also at Merkle’s with Deacon Ken Trabbic of Saint Joseph’s Catholic Church officiating.   Procession will follow to Saint Joseph’s Catholic Cemetery in Monroe for burial where graveside services will be under the auspices of Erie Veterans of Foreign Wars Post 3925.

In lieu of flowers, memorial donations to the Hospice of Northwest Ohio or to the wishes of the Hoody Family would be appreciated.   Online guests may leave words of inspiration and comfort or share a photo by visiting www.merklefs.com.