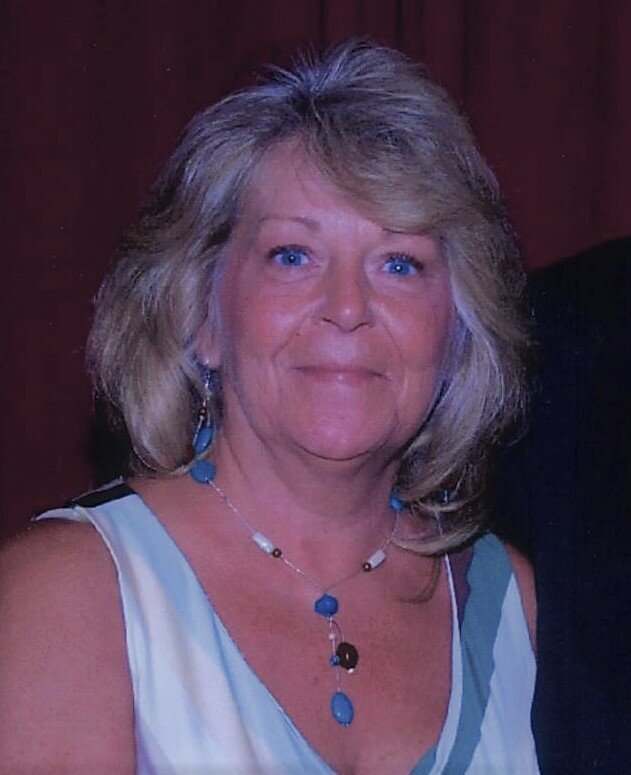 Please share a memory of Joanne to include in a keepsake book for family and friends.
View Tribute Book

Joanne Ruth Perry was born on January 14, 1951 in Tecumseh, Michigan. She was one of four children and the only daughter born to Oliver and Beatrice (Cochran) Perry. Joanne graduated from Dundee High School with the Class of 1969. As a teen she met the gaze of Terry Schmelz at the Park-N-Snack restaurant, a popular hangout in Monroe, Michigan. On February 20, 1971 the couple wed at St. Paul United Methodist Church in Monroe. They were blessed with two children.

After her children began attending school, Joanne took a job with Aramark food service at Monroe High and Junior High Schools. She later became head cook for five years at the Monroe County Intermediate School District and was employed at Airport Community Schools as a teacher’s aide for three years. Joanne then began working in retail at the Sears store in Monroe, where she made sure to save the good deals for her family. Her caring nature brought her to accept a position as a home health care aide at Friend’s Who Care where a special client of six years became family to her.

Joanne was a member of the Women of the Moose and Jaycee’s in Monroe. She took great joy in participating in haunted houses, beauty pageants, and charitable work. For many years you could find her bowling with the leagues at Nortel Lanes every Thursday night. She also enjoyed playing games on her computer. Joanne and her husband were introduced to the world of competitive horse racing by their friends, the Bernardi family. She loved the excitement of watching one of her horses win a race! The care and grooming of the animals provided her children with valuable life experience. An avid reader, Joanne took in countless murder mysteries. She would bring home stacks of newly purchased books along with clothes, shoes, and handbags which she jokingly hid from her spouse. A classy lady, Joanne was always put together and wouldn’t even be seen walking to the mailbox in her pajamas.

A sun worshipper, Joanne loved the Summer months. She was designated the “neighborhood babysitter” and all the children that lived nearby would end up in her backyard pool. Joanne always ensured others were taken care of before herself. A wonderful cook, she was famous for her delicious, scalloped potatoes, dressing, baked beans, and macaroni and potato salads. Joanne enjoyed travel and cruising with her husband. The pair visited destinations as far as Jamaica, Dominican Republic, Honduras and Las Vegas, Reno, and Lake Tahoe out west. Joanne enjoyed shopping for Amish crafts in Shipshewana, Indiana. She could be overly worried at times, but her strong opinions always came from a place of unconditional love. Her family, especially her grandchildren, were the center of Joanne’s world.

Joanne Ruth Schmelz, age 71, of Monroe, passed away at ProMedica Toledo Hospital on Friday; November 18, 2022. Her passing was preceded by her parents; two brothers: Tom Perry, who was always on her coattails as a child, and Wendell Perry; an aunt and uncle: Blanche and George Hull; and canine companion: “Taffy”, and English Bulldog who frequently chewed her favorite shoes.

To send flowers to the family or plant a tree in memory of Joanne Schmelz, please visit Tribute Store
Tuesday
22
November

Celebration of Life for Joanne Schmelz