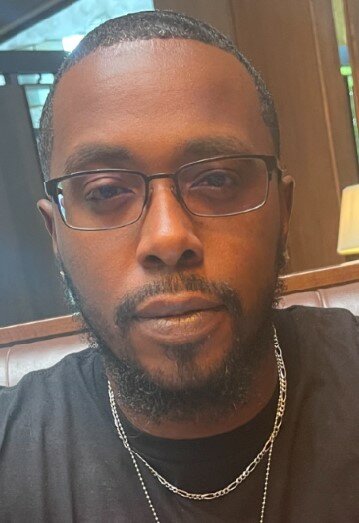 Please share a memory of Devontae to include in a keepsake book for family and friends.
View Tribute Book

Devontae was born in Flint MI on September 1, 1989. He attended East high school in Rockford IL graduating in 2007. Devontae met the love of his life in 2007 and they have been inseparable ever since. He married his high school sweetheart Briana Warmoth on October 7, 2009. He enlisted and went into the United States Army October 13, 2009, where he was stationed at Fort Sill, OK to complete basic training. Later that year they welcomed their first daughter, Kaleah Shackelford on December 12, 2009, in Rockford, IL. In January of 2010 after graduating Basic Training he then went to Fort Leonard Wood, MO to complete Advanced Individual training (AIT). During his 4 years In the United States Army, he was stationed at Fort Carson, CO and was assigned to the 52nd Engineer Battalion- 497 Engineer company as a heavy construction equipment operator. He deployed to the middle east and spent most of their time in Kuwait during Operation Enduring Freedom. During his time in the military, he gained so many military brothers and friends. He earned numerous awards and honors. He was honorably discharged on October 13, 2013. After discharging, the family moved back home to Rockford, IL where he then began attending Le Cordon Bleu obtaining his associates degree in Culinary Arts and another associates degree in Professional Pastry and Baking. On April 20, 2015, they welcomed their second daughter, Kyleigh Shackelford in Rockford, IL. More than anything in the world Devontae loved his wife and his children. He did every and anything for them. He was loving, kind, playful and the best husband and father. Devontae was so proud of his family and any milestone they would complete together. His daughters were his pride and joy and the love he had for his wife was known. He loved any time with his family, cooking, watching tv and movies, gaming, amine, and playing with his dog Kaido. The Shackelford home was filled with so much love, joy, and laughter. Devontae and Briana enjoyed music, date nights, and just any time together. Devontae strived to provide, protect, and love his family. He had the ability to light up a room and make anyone smile. He was a safe place for his family. For the past four and a half years he has been employed by Stellantis FCA Chrysler where he worked in MLM. He was hard working and when he wasn’t working, he was at home spending every moment with his family.

Devontae Terrell Shackelford, age 33 of Newport, MI passed away unexpectedly on Sunday, October 30, 2022, from injuries sustained from an automobile accident.

Friends may gather from 2:00pm until 4:00pm on Saturday; November 12, 2022, at Merkle Funeral Service, North Monroe; 2442 North Monroe Street, Monroe, Michigan 48162 (734) 384-5185.   A Celebration of His Life will follow at 4:00pm with his father-in-law, Reverend Charles Pierce officiating.   Military honors will be provided by the Monroe Veterans of Foreign Wars Post 1138.   Cremation has taken place through Covenant Cremation of Erie, Michigan.

In lieu of flowers memorials are suggested to the Shackelford Family to assist with funeral arrangements. Online guest may leave words of inspiration and comfort or share a photo by visiting www.merklefs.com.

To send flowers to the family or plant a tree in memory of Devontae Shackelford, please visit Tribute Store
Saturday
12
November