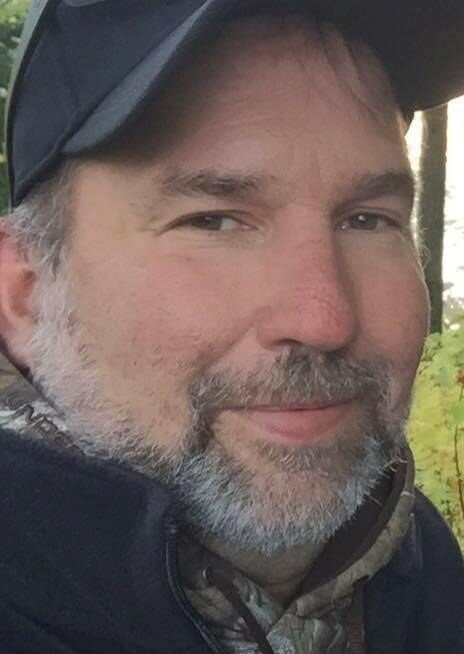 Robert Paul Weston Jr. was born on March 30, 1966 in Pontiac, Michigan to Robert and Roslyn (Brenners) Weston. He graduated from Alanson Littlefield Public Schools with the Class of 1984. Shortly after he joined the United States Air Force where he served his country for more than a decade. Rob was a proud veteran that served during Operations Desert Storm and Desert Shield. He loved to tell stories of his military adventures. Rob was employed as an HVAC technician at Ballard’s Plumbing and Heating. He enjoyed spending his workdays alongside his Ballard’s crew.

Rob met the former Dawn May on a blind date. After a short courtship, the couple were joined in marriage on October 14, 1986. They made their home in Gwinn, Michigan while Rob was stationed at K.I. Sawyer Air Force Base. In 1997 they moved to Alanson, Michigan where they built their home together. An outdoorsman, Rob enjoyed hunting and fishing in the Upper Peninsula. He was an avid fan of the Detroit Tiger’s baseball team. More than anything else, Rob loved spending time with his family and friends and was always up for an adventure with his grandchildren.

Robert Paul Weston Jr., “Pa Pa”, age 56, of Alanson, Michigan sadly left us on Sunday, October 23, 2022 in Monroe, Michigan after a short battle with a sudden illness. His passing was preceded by his parents: Robert and Roslyn Weston and his grandparents: Virgil and Doris Weston.

Left to cherish his memory, Rob is survived by his wife of thirty-six years: Dawn Weston of Alanson; his three daughters: Brittany (Bruce) Parker of Alanson, Jessica (Chad) Church of Midland, Michigan, and Lindsay (Janet) Andersen of Newport, Michigan; one son: Barry LuHellier of Jacksonville, Florida; his beloved grandchildren: Brooke, Allie, Kylie, Brandyn, and Corbin; his best friend who was like a brother to him: Dale Bennett of Wesley Chapel, Florida; and one brother: Scott (Stacey) Weston of Alanson. Rob will be dearly missed by everyone that knew and loved him. Especially his canine companions: “Holly” and “Annabelle”.

Robert’s care has been entrusted to Merkle Funeral Service, Erie 9156 Summit Street, Erie, Michigan 48133 (734) 317-7199. Cremation has taken place through Covenant Cremation of Erie, Michigan. A Celebration of Rob’s Life will be held at a later date.

Share Your Memory of
Robert
Upload Your Memory View All Memories
Be the first to upload a memory!
Share A Memory