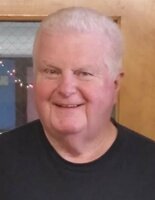 John Carl Green was born on January 3, 1941, in Monroe, Michigan.   He was the son of Joseph T. and Madelynn (Langenburger) Green.   Butch as he would affectionately become known, would attend and graduate from Monroe High School with the class of 1960.   Following high school, Butch, took a position at Miller’s Appliance (Monroe Schwinn), which his father owned. He later provided for his family by taking employment at Monroe Steel Casting.   His working career spanned some fifty-one total years and he eventually retired as a pickle operator, dipping steel in acid at Heidtman Steel.   It was here that he earned an additonal nickname “Big Red”.   Anyone who knew Butch, deeply loved, and appreciated him.

Butch always looked forward to spending time with friends and family. He particularly enjoyed playing in an adult softball league for over eighteen years. When he was not on the field, he could be seen tossing strikes at the bowling alley where he participated in a league for fifty-five years. Butch often took his chances at winning a jackpot at the casinos. He did not always like the chaos, and so on occasion, Butch, would escape into the pages of his favorite book or exercise his brain by solving a crossword puzzle.

John Carl “Butch” Green, age 81, of Monroe, passed away at his home on Sunday; May 29, 2022.   His passing was preceded by his parents; his first wife:  Sue (Chadwell) Green; one sister: Marilyn Mollan; and one daughter:  Bobbi J. Green.

In lieu of flowers, memorials are suggested to ProMedica Cancer Center.   Online guests may visit www.merklefs.com to leave words of inspiration and comfort or to share a photo.