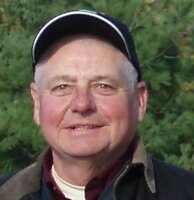 Dwight Lee Rauch was born in Monroe, Michigan on November 9, 1946.   He was raised by Ruth (Van Tassel) and Allen Rauch.   Dwight attended Erie Mason Schools graduating from the High School with the Class of 1965.   He honorably served his country as a member of the United States Army from 1966-1968 spending time at Fort Knox, Kentucky and Fort Hood, Texas. Dwight was very proud of his service to his country.   He was a member of Veterans of Foreign Wars Post #2898 in Toledo, Ohio and the American Legion #514 in Ida, Michigan.

Dwight supported himself as a Journeyman Mechanic for many years.   He began employment at Ed Harwood Buick in 1968 also working for Trailmobile that same year.   He would spend the next eight years as a member of the Aerospace Workers Machinist Union as a Crew Leader and Mechanic for Pepsi.  In 1976 he took a position with Roadway.   He worked as a Journeyman Mechanic as a member of the Local 20 for the next twenty-four years before retiring in 2000.

For many years, Dwight, spent his free time wrenching on and restoring tractors.   His favorite by far was John Deere and Dwight was sure to always keep some John Deere green paint on hand at all times.   He also enjoyed his Kubota and Farmall tractors.   Dwight would often visit his neighbors up and down Lajiness Road on his tractor.

Dwight Lee Rauch, age 75, of LaSalle passed away peacefully at his home on Saturday; January 8, 2022.   His passing was preceded by his mother.