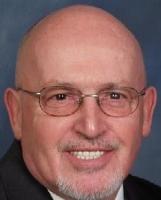 William Milton Kuehl was born in Monroe, Michigan on September 7, 1951. He grew up in a large family was the one of six children born from the union of the late Milton and the late Evelyn (Green) Kuehl. He attended Huron schools in New Boston and graduated with the class of 1968. William married the former Angela Anteau in Toledo, Ohio on March 15, 2010. William supported his family employed as a transport at Bell Transport in Monroe, Michigan taking medical retirement in 1997. William was a man set in his ways and very fun to be around. He enjoyed cracking jokes and making his friends and family laugh. William appreciated the outdoors taking care of his vegetable garden or watching and feeding the birds. He craved knowledge and could not live without technology spending most of his time surfing the web reading about everything. William Milton Kuehl, age 63 of Monroe, passed away at 3:11pm on Tuesday, August 11, 2015 at Promedica Monroe Regional Hospital. His passing was preceded by his parents; and one brother: Daniel Kuehl (September 2013). To cherish his memory, William leaves his beloved wife: Angela Kuehl; three children: Christina, Raymond and Adam, four step-children: Tylor, Damon, Mystic, and Seirra Mandelka, four sisters: Elsie (Hubert "Bert") Davis of New Boston, Brenda (John) Cox of Flat Rock, Diana Kuehl of Johnson City, Tennessee, and Sherry Menna of Huron Township; one grandchild; serval nieces and nephews; and a host of cousins. Friends may gather on Sunday, August 16, 2015 from 2:00pm until 7:00pm at Merkle Funeral Service, 2442 North Monroe Street (734)384-5185. A Celebration of His Life will follow at 7:00pm with Pastor Mark Buttignoli of Willow United Methodist Church in New Boston officiating. Online guests may leave words of inspiration and comfort or share a photo by visiting www.merklefs.com and then selecting the Online Tributes page.